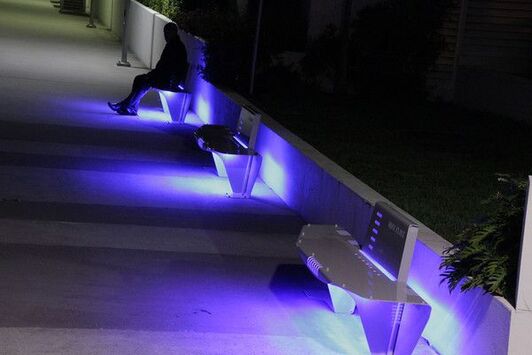 In cooperation with the Brisbane City Council an interpretive walk has been established to tell the community the story of submariner’s and submarines and their crucial role in defending Australia during all wars and the people who served and those that gave their lives.
The community is free to walk along the 300 meters called 'Submariners Walk' and to stop and reflect on the past. On display are a series of plaques and submarine shaped benches that tell the story of submarine events during WW1 to WW2 and to the current day.

‘Submariners Walk’ is divided up into several sections. As you come off Hasting Street, 'Submariners Walk' honours the 5 American submarines that were lost with all hands from New Farm - USS Triton, USS Amberjack, USS Argonaut, USS Grampus and USS Seawolf. Plaques are placed at these steps that lead down towards the river front. The next section honours Australia's first Naval loss in 1914, HMAS AE1, still missing somewhere off Rabaul in Papua New Guinea and HMAS AE2’s sinking in the Dardanelles in 1915 where plaques and a submarine bench tell their story.

As you meander along the river front the next section honours the X and XE Craft Miniature Submarines partially manned by RAN personnel. A plaque tells their story and there is also a submarine bench.

The next section honours the USN Gato Class submarines and the repair ships USS Fulton, USS Griffin and USS Sperry.  These Submarine Tenders were based at New Farm during the war and maintained the submarines. They are commemorated with a plaque and a submarine bench.

As you approach the Beeston Street end, where existing plaques for USS Peto and The Engine Room already proudly stand, the Submarine Association Australia Queensland Inc. have placed other plaques and submarine shaped benches telling the story of the Australian Odin Class, J Class, K Class, Oberon Class and Collins Class submarines along with the British 4th Submarine Flotilla. Other plaques honour the Australian Submariners who received Honours and Awards during WW1 and WW2.

The Submariners Prayer plaque remembers those Australian Submariners who are on Eternal Patrol from 1914 to the present day.

By having these stories told it is envisaged that there will be greater public awareness about the important role Submariners played whilst defending our Nation during all conflicts.


This project was possible through the Your Community Heritage grants from the federal government, Brisbane City Council as well as private funding. The trail was officially opened by Her Excellency the Governor of Queensland, Ms Penelope Wensley AC on Saturday the 23rd of March, 2013.
Improvements and Additions to SWHT and HRW
​Photos 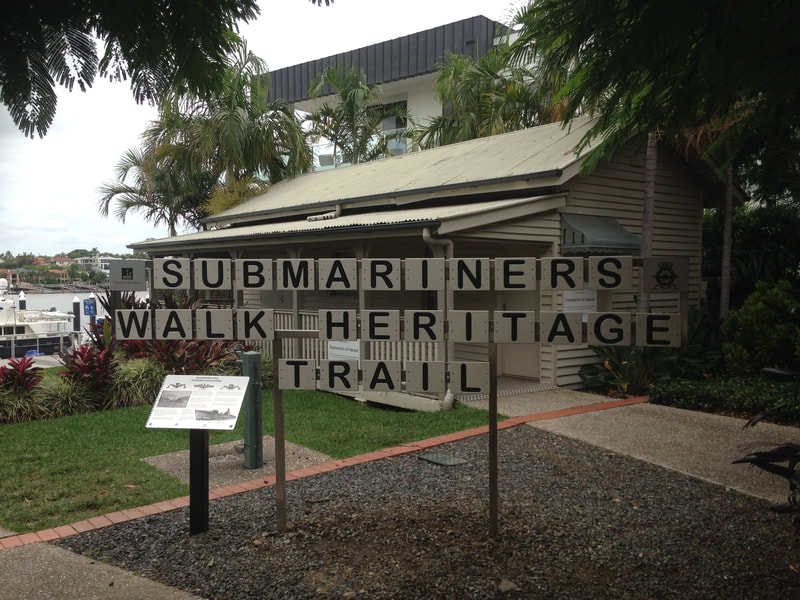 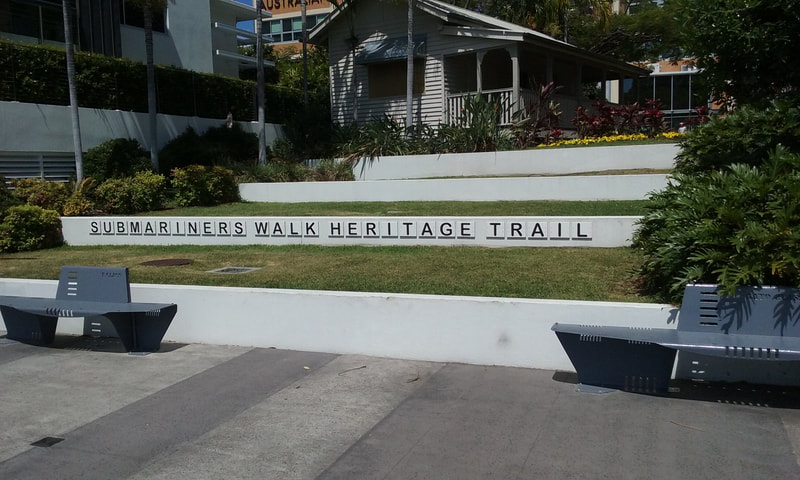 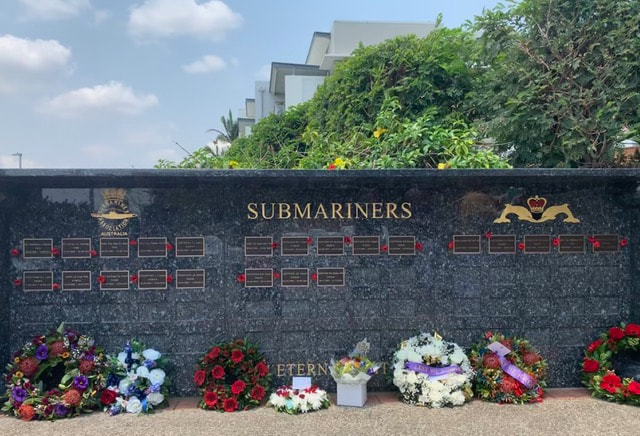 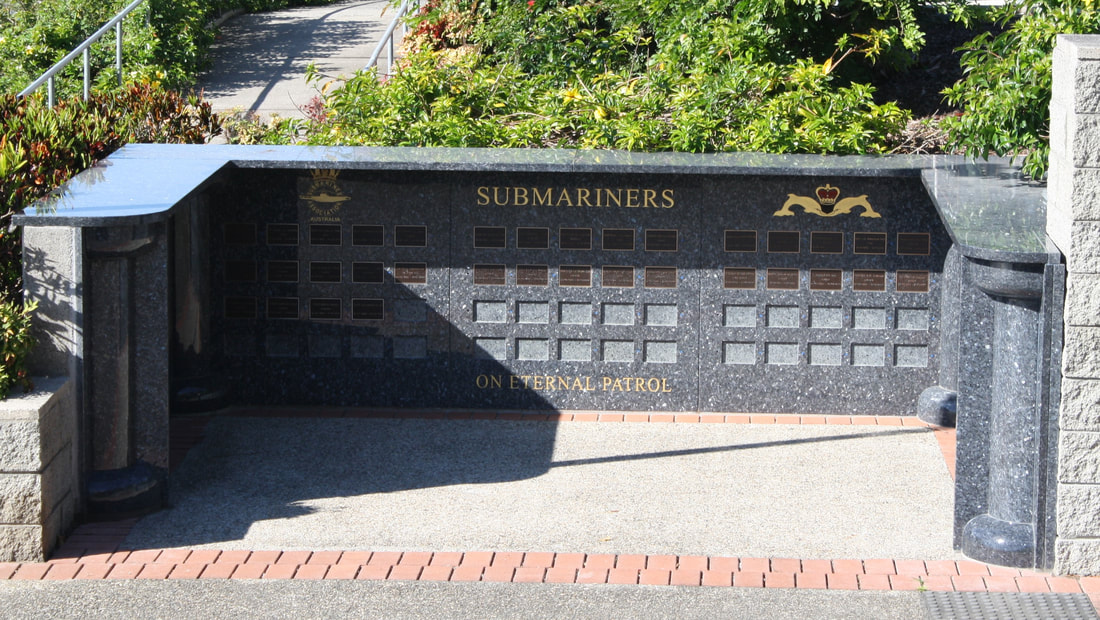 ​The Honour Roll Wall
for Submariners on Eternal Patrol

As you may have heard the Submarines Association Australia Queensland Inc. has completed work on the Honour Roll Wall remembering Submariners on “Eternal Patrol”. As such we would like to invite you to consider the Memorial Service and Honour Roll Wall as a lasting legacy to your service and as a place of remembrance for family and friends. The Honour Roll Wall is located along the Brisbane River, Teneriffe, Queensland.

The Honour Roll wall is incorporated within the Submariners’ Walk Heritage Trail (SWHT) whose aim is to educate the wider community of our submarine history from 1914 to present day. The Honour Roll Wall is a heritage listed monument honouring the dedication and service provided by the submarine community.
​
The granite Honour Roll Wall has bronze plaques honouring submariners of all nations that have “Crossed the Bar”. Any deceased qualified submariner can have a bronze plaque mounted on the wall upon approval of a formal application.
​
​Berthed alongside the SWHT is a model submarine, “The Boat”. This model and the associated area can be utilised for a memorial service where the Submariner can be remembered and if requested, their ashes can be scattered over the submarine.

Members of the family of deceased submariners or other suitable people (Friends, Shipmates, Carers etc) linked to the deceased may apply to the Sub-committee to add a plaque to the Wall. All applications will be vetted and if accepted, approval shall be given for the manufacture of the plaque. The cost of the plaque is funded by the applicant and paid directly to the firm responsible for manufacture. These details and costs are outlined on the application form. As this is a heritage listed monument, there are strict guidelines in place regarding wording, size and format of the plaque. 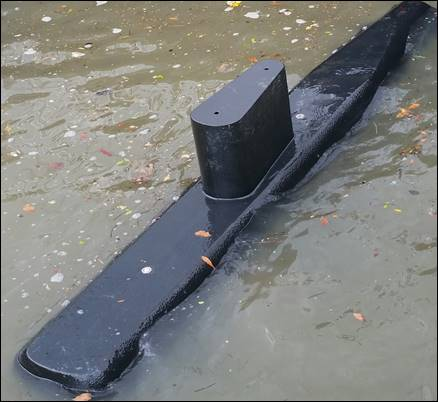 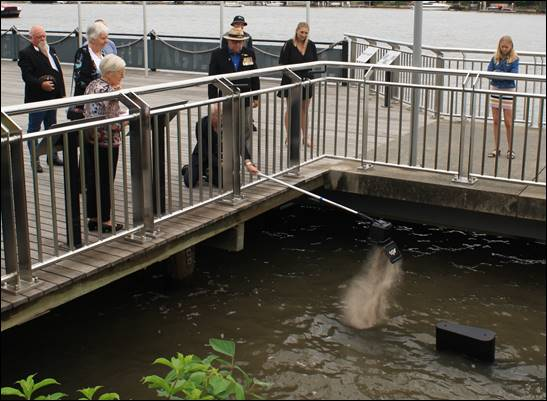